As I promised a while back, at Triple A Spanking we were introducing a new higher and clearer resolution playing format of our full file videos and we have chosen MP4 as it is simply so much better than any other format we are working with. It also compresses easier giving you less loss of screen resolution so we are updating all movies in future with this full file option which will compliment our usual WMV (segments for longer films and slower connections – and full files). We recognize that WMV is still favored by a vast majority of people,  I think mainly because Microsoft’s Windows operating systems, which still account for 85% or more of the market just comes with Windows Media player pre loaded but it’s a limited system nowadays, it won’t let you play other video formats, it hasn’t really been upgraded and is still at version 11, even Real Player and DivX Players can let you view other formats apart from their own, but the best independent MULTI MEDIA Player (it’s free, of course) is, in my opinion, VIDEOLAN – or VLAN Player as it is called – can be downloaded FREE HERE. We also recognise that MP4 formats are compatible with iPads and those using Quicktime Player by defaults on their Macs so this really is, in our opinion, an essential playback medium to compliment those who still won’t try it out and use WMV. Our editor has also noticed that he can up the bit rate of WMV so in fact all our future films are going to be at a higher spec – which can only be a good thing.

Our current screen size for WMV is 960×570 which is the standard 16:9 widescreen

OK, I have waffled on enough, why not take the test below and check it out for yourself? It’s also a good way of checking if you can view these higher resolution formats on your machines! Click on the image below and it takes you to a special preview page that compares the latest movie update and the 1st one we have just upgraded. For your reference, members will receive free upgrades as and when the older films are re-edited in MP4 which I hope will be frequent until they are all back dated (I think the longer films might be last to be upgraded as they’ll end up being huge files!) These upgrades will be mentioned alongside all our usual regular updates 3 times a week on the main member page – so no cheating from us here – no sneaky “remasters” like some sites I had seen previously… this is just a decent proposition which we have come to appreciate since starting up and new members will think they have died and gone to Heaven with the amount of updates going on these next few weeks!!! 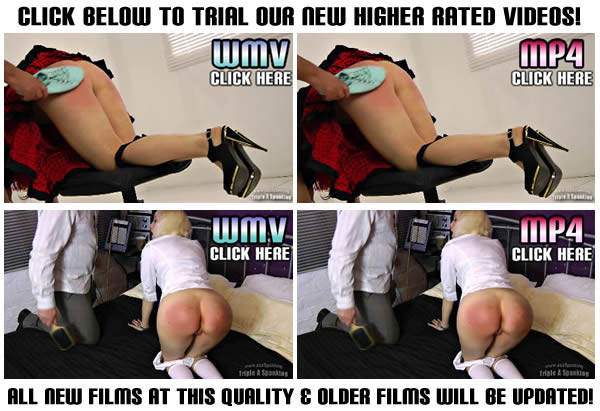 I would also recommend that you take advantage of our special intro prices as I would imagine that sometime soon in March they will cost a few Bucks more per month though we are planning on keeping the 3 and 6 month prices intact for now as they represent the best value (and how!) – You should also note that those that wish to keep a rebill option now will be rewarded with a far lower price than if you join up sometime in March for the lifetime of your membership. This is just the start of what we have planned for the site as it sreadily grows – Already in just over a month since we started there have been 6 or 7 new films added (a couple we quite long too!) so there’s plenty more additions coming soon and remember I have seen what we have just filmed (naturally) at our last Filmshoot Click HERE for the behind the scenes reminder – and I am really excited about this and our other movies that we have coming your way!

Take a look for yourselves, & of course, any feedback is always welcome, without it, we can’t improve the site!

Our motto is “Run by spankos for spankos”. We hope you agree!
Have a great weekend! Chief.