Yes, I’m sure you are all aware from my post on SpankingBlogg about my horrific traffic accident recently, I’m getting over it and trying to move on so here’s a little something I found solace in when checking out some stuff on my own site looking for real curvy women that indeed need and get a good hard spanking to satisfy my yearning to see a fully frown woman punished! Firstly, here’s a focus is on a girl named Krystal Delight… & indeed, delightful she is! A happy buxom girl hailing from the rural countryside of South Gloucestershire, to those that don’t know this is the westcountry of England… this area is not renowned for producing an excess of spanking and fetish models online but the producers, some of who are based in that region are looking to change all that so any girls who come from the counties of Cornwall, Devon, Somerset and Dorset… take note! There’s a new spanking website on your doorstep! Of course, Triple A aren’t confining themselves to westcountry milk maids… 1st timers are welcomed and more have already been filmed all over the UKalongside some of the best known spanking models in keeping with their AAA Rated tradition of providing high quality HD spanking films! I’ll provide a mail address later if any of you fine ladies are interested – but once again I am already waffling… “so where was I? Ah, delightful Krystal!” 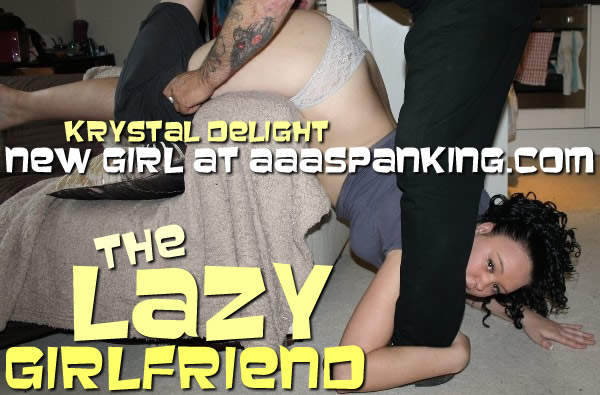 Krystal played this role rather too well, loafing about whilst thinking she could flutter her eyelids and get herself out of trouble when confronted. However, her choice of seeking older worldly wise men to keep her on the straight and narrow means that thsi rarely works and in this case her older man is none other than renowned English cane and fetish implement maker, Chopper! It’s nice to see him back on film and looking as mean as ever! Triple A Spanking hope to take you behind the scenes of how your canes are made and will provide excellent advice and an opportunity for those who want to purchase equipment, but this is a project in the making… So back to Krystal, she’s dragged out of her slumber by a pretty pissed off Chopper who berates her for the state of the place and proceeds to spank her in a variety of positions, quickly reddening her big spankable bum that you can tell he couldn’t keep his hands off (edit: I know I wouldn’t be able to either and would hope I could find such an easy excuse to spank her!) Needless to say, Chopper’s heavy hands leave suitable chastising red marks on Krystal’s cheeks as she is taught a sore lesson! Expect intimate positons of spanking and Krystal’s complete submission by the end! HQ images are below from the members area of AAAspanking.com 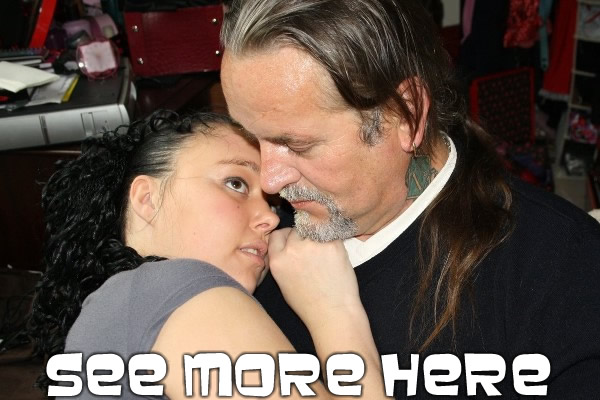 For those that like to see aggressive woman humbled or real women given the spanking they deserve this next one is for you! Part of a series of special films at AAAspanking, this movie starred the legendary Jean Bradley getting a proper “man spanking” in this role reversal of fortune at the hands of Paul Kennedy. They were keen to point out that you don’t get much of seeing Jean getting her come uppance nowadays, she usually puts the fear of God into unsuspecting foolish girls or will happily thrash naughty boys so at Triple A we felt honored to get some long play (and this movie is around half an hour at least) – It’s called the P.E. Mistress (P.E. is Physical Education in case you didn’t know) and Jean is thoroughly humiliated and properly spanked and caned as you’ll see in these images below,

THE STORY IN BRIEF: Headmaster questions why the school has done so badly in sports competitions and why the girls have lost respect for Miss Bradley! He knows just what she needs and it’s a humiliating shocking spanking and caning punishment and she is later made to wear the P.E. uniform and feel what it’s like to be a silly girl! Miss Bradley really does get it good in this long play movie of a proper grown up spanking story! See her shocking chastisement clip below and more free images: 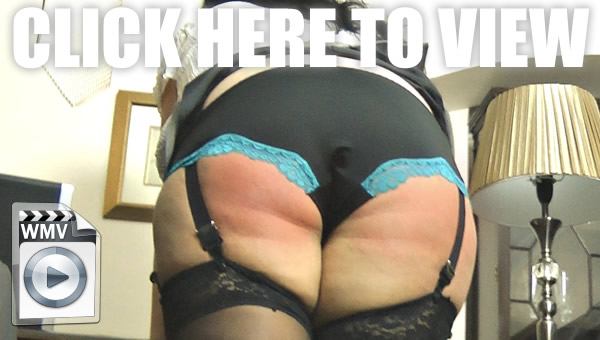 Ouch! That spanking was quite severe (even Paul Kennedy had to take a break!)

More movies like this with more exclusive grown up punishments at AAAspanking.com